Today it’s the the Summer Solstice

Almost the mid point of the year and Midsummer. This year it happens officially at 6.04 am on Friday 21st June 2013 when the moon will be in the sign of Scorpio.

The word Solstice is derived from two Latin words  sol   (sun) and  sistere  (stand still). It happens when the Earth’s semi-axis tilts towards the sun and is most inclined toward the star (sun) that it orbits. It takes place when the sun is in the highest point of the sky from either the North or South pole. It also occurs on the day where we have the longest period of daylight.

In ancient times the Summer Solstice was an important time as it helped to plan when crops were planted and harvested. It was also a traditional time for weddings.

So picking up where the ancients left off, it is a significant time for us too as I realise we are half way through 2013.  Where has the year gone?

For me, it is time to take stock and review where I am heading and I have been thinking about some of the goals I had at the start of the year. I had a sense of what the first few months of the year would hold for me. I have achieved a lot around career, house, sport, travel, time with family & friends but there is more I still hope to do this year.

Recently, I have heard many clients and several friends say that they are making big decisions right now, in particular, to do with their career or where they live. So some of the plans they had some months back are becoming a reality for them.

What were your plans and aspirations for 2013? How do you remember them? Have some of the seeds you sowed started to grow and mature? If not then it is time to do a mid way check in, just like sending your car off for a service or an MOT.

Kinesiology is brilliant at working with you to identify your goals.  Perhaps you are procrastinating for some unknown reason. Or maybe it is fear and worry that are holding you back.

Kinesiology works with your body holistically and looks to balance your energy physically, emotionally, mentally, nutritionally and spiritually. That might mean that there is something physical holding you back from your goal or it can be related to how you are feeling or thinking about what you want to do. Is there resistance there? Maybe you need some nutritional support or some alternative way of connecting in with your dream.

If you feel that you need to have a quick review, then book yourself in for that retune with me and we can look at how the rest of the year is shaping up for you. Free half hour taster sessions available if you would like to come and try out Kinesiology. 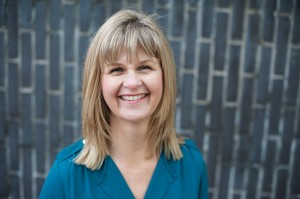